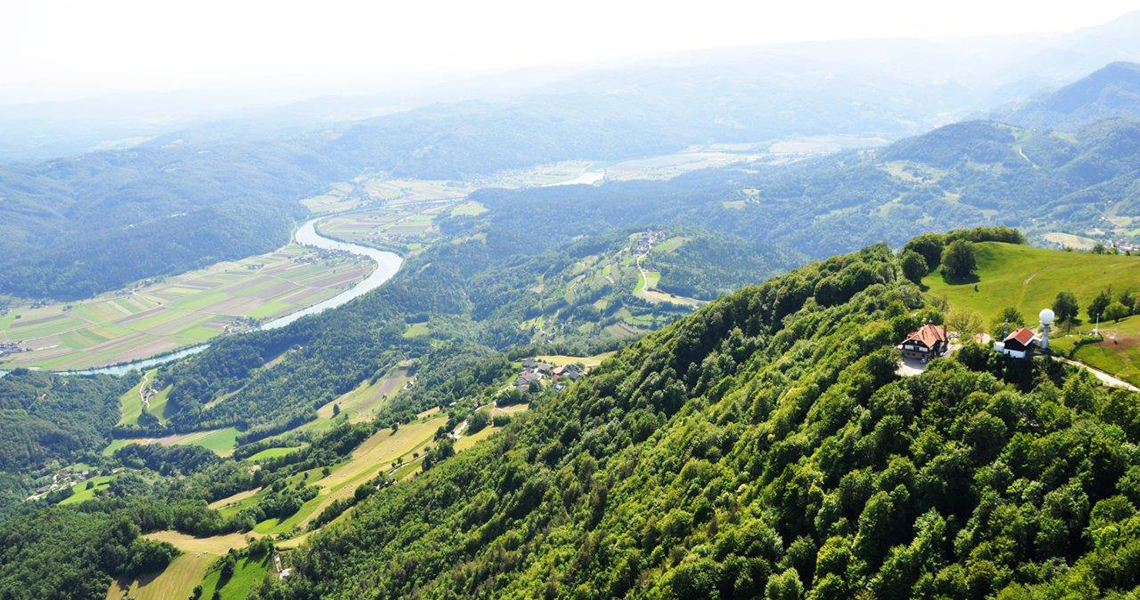 Lisca (948 m) is the marvel of Sevnica and Posavje as it is an excellent place for relaxation and offers the feeling of untouched nature. Due to its accessibility, clean environment and offer of activities, it is popular with the local population as well as visitors from near and far. With its mid-highland climate, natural beauties and stunning views, it fascinates and attracts many mountaineers, climbers, hikers, cyclists, paragliders, horseback riders, and other nature enthusiasts.

This marvelous hill attracts visitors all year round. The natural world on here is also suitable for educational purposes. Lisca boasts a diverse flora and fauna, and offers exciting and engaging exploration opportunities in stargazing, astronomy, and ham radio. From the summit, in nice weather, Lisca offers the most beautiful view of the wider part of Slovenia, from the Sava River valley to Snežnik, Sleme, Triglav, Pohorje, Peca, the Kamnik–Savinja Alps, and much more. The Hydrometeorological Institute of Slovenia and a phyto-purification system also operate on Lisca. 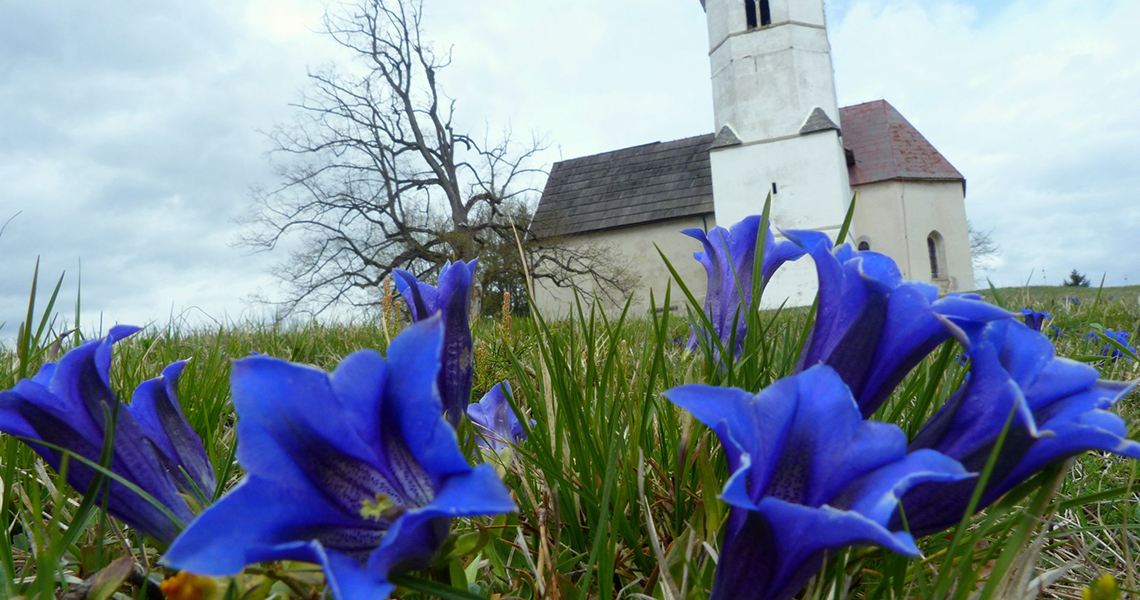 Lovrenc is a 722 m hill with the church of St. Lawrence, which stands above the mountain path to Veliko Kozje and Lisca, above Okroglice in the municipality of Sevnica. It is best known for being the natural habitat of Clusius’ gentian (Gentiana clusii), which covers the meadows below the church in typical blue in late April or early May. Before its flowering time, the flowers of spring gentian (Gentiana verna) color the meadows, and afterwards, it is the time of buttercups (Ranunculus thora), which are endemic to the region of the Sava Hills. Other protected species, such as the Carniolan lily (Lilium carniolicum) and several orchid species, also grow here.

In the past, the site was threatened by overplucking along with the root, fertilization, motorbike and car traffic, trampling during mass visits, and overgrowth. To assure its preservation, gentian was proclaimed a natural monument in 1994 and since 2010 it is part of the Kozjansko and Obsotelje biosphere reserve. Access is controled by a wooden fence and a guard is present during the the time of the most visits and May holidays. 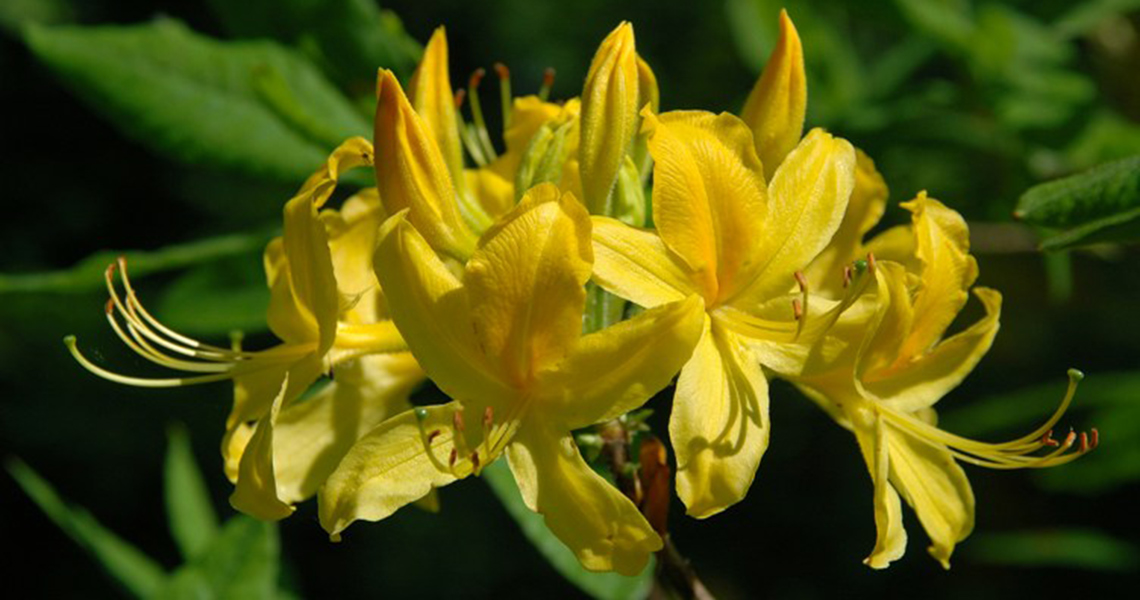 The yellow azalea (Rhododendron Iuteum), also known as honeysuckle azalea (Azalea pontica) is native to southeastern Europe and southwest Asia in the Pontic Mountains. In addition to three major coherent areas, several smaller grow sites are scattered throughout Europe. The largest site in Slovenia, is the one in Boštanj, which is considered to be a national treasure and is part of the Natura 2000 network of nature protection areas. Another azalea site in the municipality of Sevnica can be found in Vrhek near Tržišče. There are official footpaths to both sites.

All indications are that the yellow azalea is naturally widespread in Slovenia and is considered a natural curiosity, since it occurs at least 1000 km from the major coherent areas where it grows in abundance. This distance first cast doubt on its natural distribution on Slovene soil. The same habitat conditions at the Slovene grow sites, the discovery of new sites, and their distance from each other indicate that the yellow azalea in Slovenia is a naturally occurring species. There are 1300 species of azaleas known in the world so far, six of which grow in Europe, and of those six, three grow in Slovenia. In addition to the yellow azalea, there is also the alpenrose and the hairy alpenrose. All of them are poisonous. 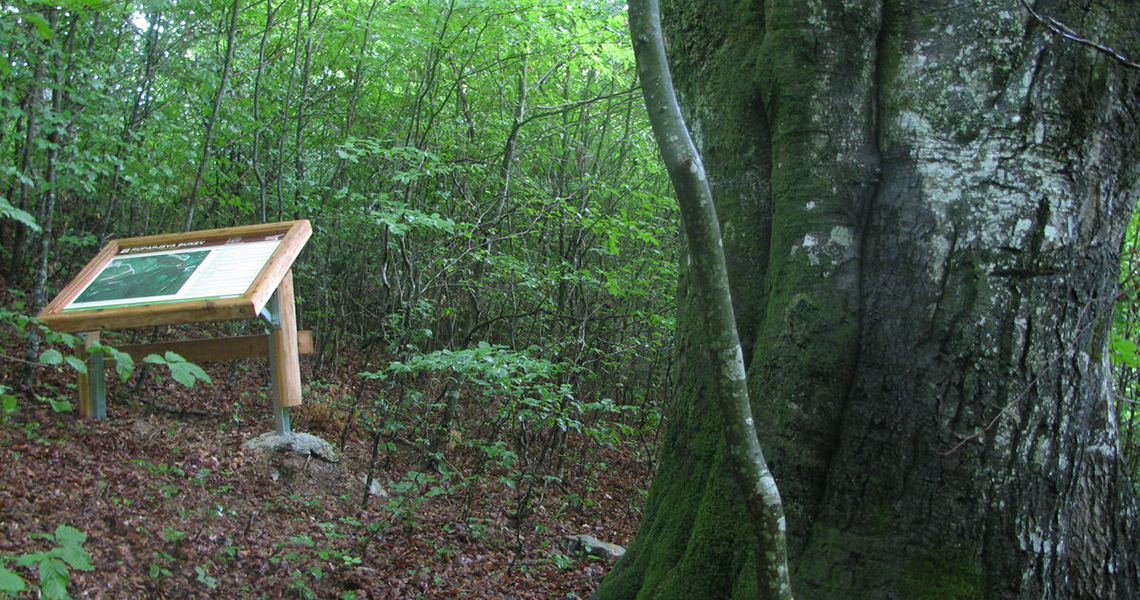 The common beech is an important companion of different plant communities. Among all forest types in Slovenia, various beech forests represent the majority with 56.3%, while fir-beech forests account for 13.8%. This means that beech, with a greater or lesser extent, is represented in 70.1% of Slovenian forests. Its timber stock in 2001 was equivalent to the one of spruce and accounted for 31.9% of the entire timber stock. Beech is among the most economically important tree species in Slovenia. It has a hard, heavy, resilient, and less weatherproof wood with a high heating value. It is used for furniture, parquet floors, plywood, railway sleepers, cellulose, and it is used in charcoal production. Its nuts are edible when cooked and in the past they were used to feed pigs.

According to official records of the Institute of the Republic of Slovenia for Nature Conservation, Rupar’s beech is the thickest beech in Posavje. Its circumference is 487 cm, it is 155 cm in diameter, and more than 100 years old.