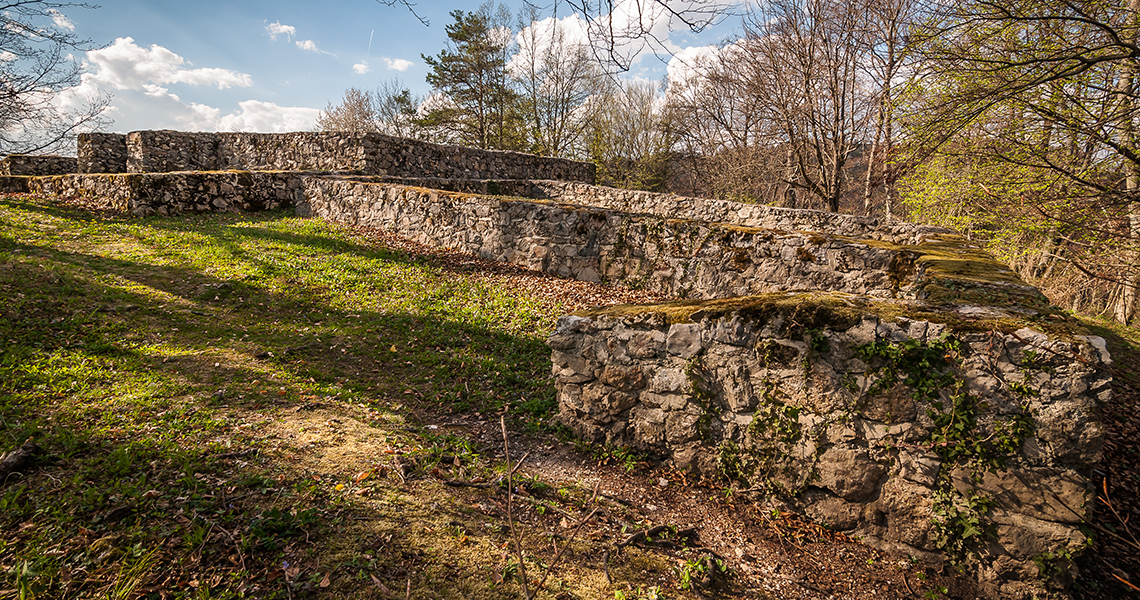 The remains of Ajdovski Gradec testify that the area of the municipality of Sevnica has already been inhabited in the first few centuries of our Common Era. This authentic experience of this late ancient and early Christian settlement from the 5th and 6th centuries AD is located 5 kilometers from Sevnica towards Blanca (road from Sevnica to Krško, along the left bank of the Sava River). When in the village of Gornje Brezovo, turn left towards Lončarjev Dol and continue all the way to the village of Vranje, follow the signposts along the road, which will take you to a well-kept and marked parking lot that is also suitable for buses. To the top of Ajdovski Gradec it is another 15 minutes of moderate walking along a well-kept forest path.

The first discoveries of this site date back to 1811, when the locals found a Roman tombstone and a sarcophagus on top of a hill among the ruins in the forest. The richly decorated tomb was transported to a Museum in Graz and the tombstone was built it at the entrance to Sevnica Castle, where it still stands today. Further discoveries were made in 1890 and in 1901–1905.

The image of Ajdovski Gradec changed significantly after 1970, when the National Museum of Slovenia, under the leadership of Peter Petruj, began to conduct new systematic archaeological research. The excavations, which were completed in 1986, have been accompanied by conservation work from the very beginning, so that all the discovered building remains are now preserved. With the construction and arrangement of the terrain, the archaeological site grew into an archaeological park.

To make it easier to understand this mystical location, a film about Ajdovski Gradec and a museum-realistic model of the original appearance of the Ajdovski Gradec archaeological park are on display at Sevnica Castle. The project was partly financed by the European Regional Development Fund within the project “Awakened Archaeological Sites – Modern Interpretation of Heritage as a Foundation of Cultural Tourism”, also called “The Birth of Europe”. Special thanks to Timotej Knific from the National Museum of Slovenia for all information and professional assistance, as well as replicas of objects found during archaeological excavations, the originals of which is in the National Museum of Slovenia. You can see all of this during the working hours of the castle. We will be happy to share more information about guided tours of Ajdovski Gradec with you in our tourist information center. 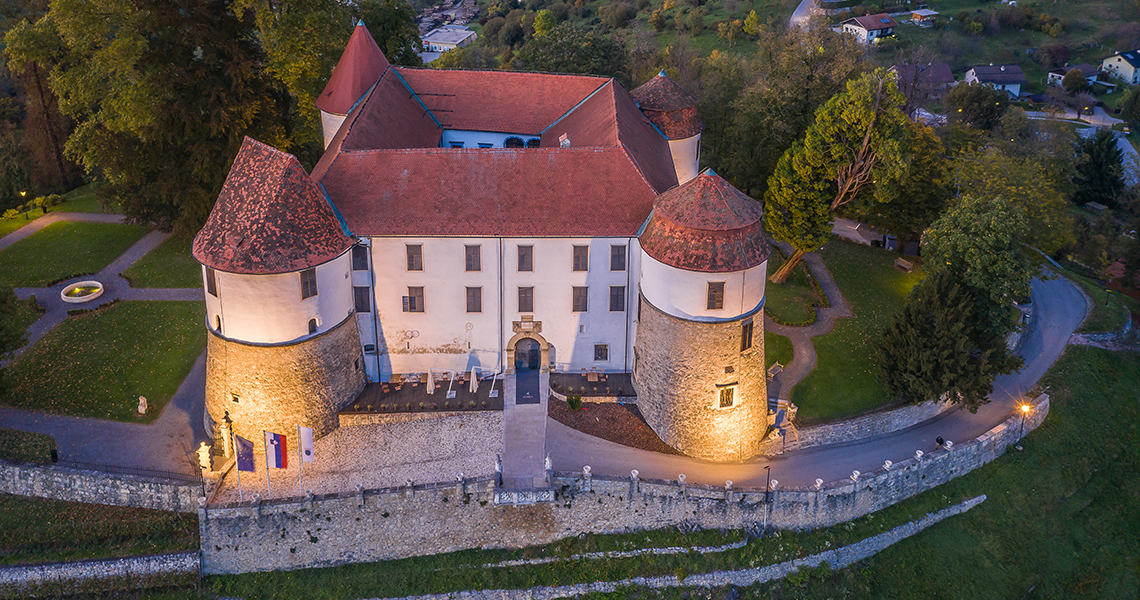 Sevnica Castle, which dates back to the 13th century, with its striking presence on a hill above the old town and clean, stunning surroundings, and rich contents offers a real castle experience for all generations and every occasion.

GUIDED TOURS - Lovers of history and medieval stories get to see a presentational film and learn about the main dividing lines and past events, which gave rise to today’s image of Sevnica Castle. Accompanied by a tour guide, you can see various rooms of the castle – the baroque salon, a collection about Ajdovski Gradec, the inside of the tower with a fresco of The Four Seasons, the wedding hall and conference rooms, impressive paintings on the ceilings in the castle hall, the castle chapel, the school and firefighter museum collection, the castle puppet theater, the Stones Speak collection, a gallery shop, a collection of decorative art by Ivan Razboršek, and a collection of works by the Sevnica artist Rudi Stopar, as well as gallery rooms. Take a stroll through the castle park and vineyard, set up by the owner at the time, Johann Händl von Rebenburg, who also built the Lutheran Cellar, which is a unique monument of the Protestant period in Slovenia. You will have a great time in the former castle dungeon, which today is home to different wines like Castle Blood (Grajska Kri), Blaufränkisch from the castle vineyard, and other wines of the Posavje wine-growing region. In the castle shop you can choose from a rich offer of local products and souvenirs, from local wines, castle honey, Sevnica salami to products from the Visit Sevnica and First Lady collections. Conclude your visit to the castle hill with a coffee at the castle terrace, which offers a unique view of the Sava River valley. 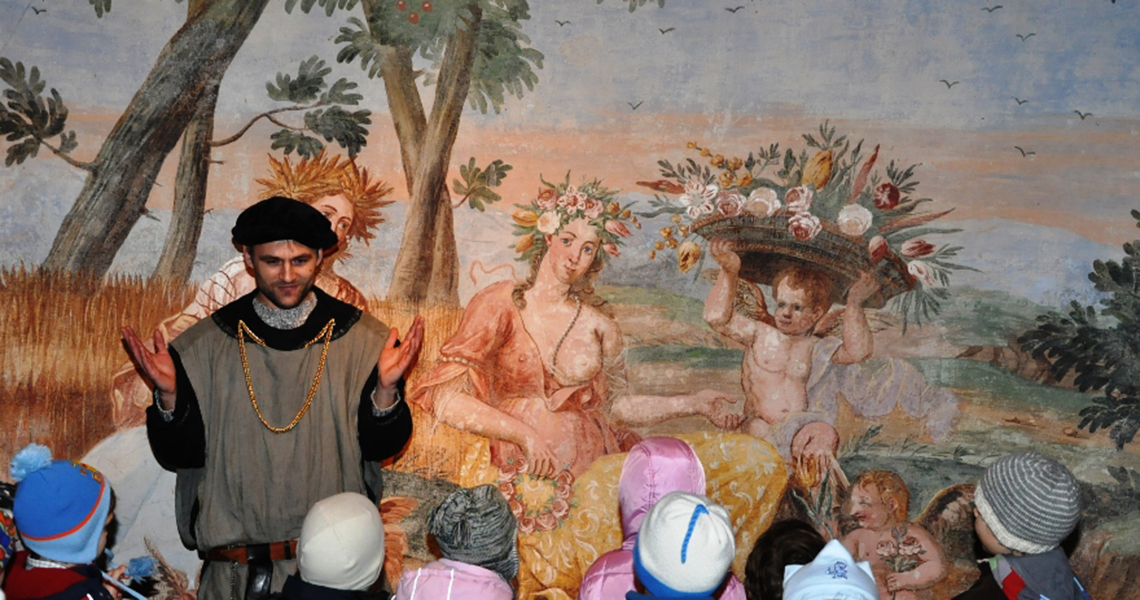 Princes and princesses, barons and baronesses, kings and queens, join us and discover the mysterious world of the 17th century, when Baron Moscon and his entourage still lived at Sevnica Castle. At the entrance, you are kindly received by the baron’s servant Ciril, who takes you through the castle halls all the way to the baron’s bedroom, where housekeeper Marjanca tries to wake up Baron Moscon. He’ll be happy to see you, believe me, and he’ll gladly tell you one of his fox and bear hunting stories. If you’re lucky, he might even invite you to breakfast. With Ciril, you will visit the old classroom and the Castle Puppet Theater, where you will be greeted by King Puppan himself and the lands of Puppania. At the end, with the help of the castle lords, you can try your hand at medieval games and medieval football in the castle park. Have you put on your crown yet? The lords of the castle and Baron Moscon are already waiting for you with their stories.

In addition to the children’s tour “Meet Baron Moscon”, Sevnica Castle also offers different programs, such as Castle Secrets, Primož Trubar’s Class, puppet and creative workshops, various puppet shows, such as The Ugly Duckling, Hansel and Gretel, The Three Pigs, and others in performed by the ensemble of the Castle Puppet Theater, as well as The Forest is Culture Thematic Trail.

Children’s tours, which are especially suitable for preschool and primary school children, are carried out in cooperation with the Društvo sevniški graščaki Club of the Društvo Trg Sevnica and the Castle Puppet Theater www.glg-sevnica.com. Eva will be happy to provide more information and arrange reservations for you at eva.urh@kstm.si or +386 51 680 289. 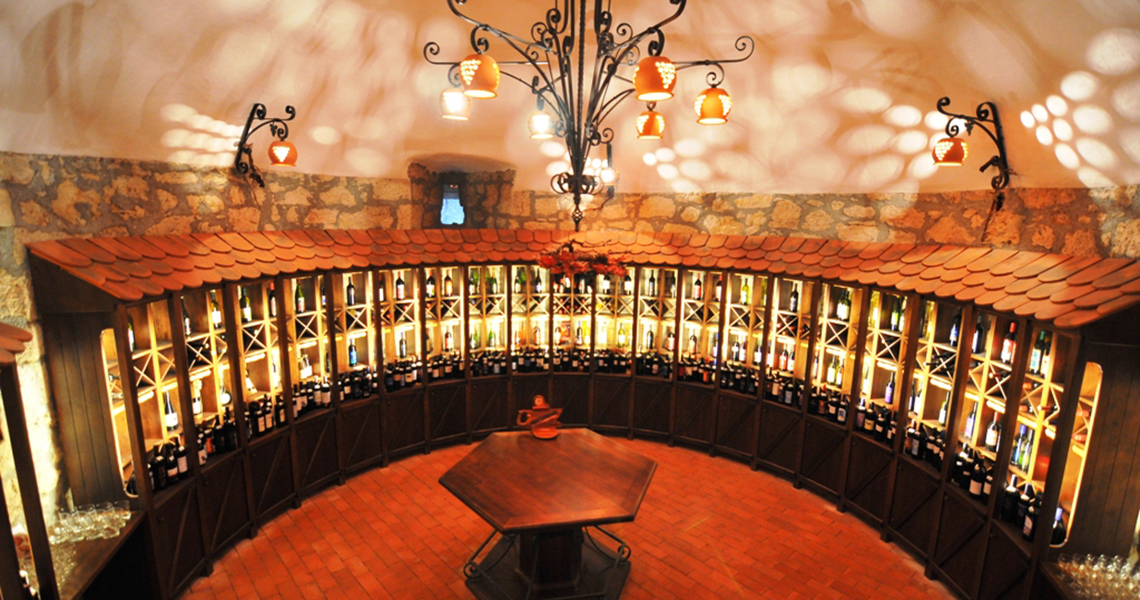 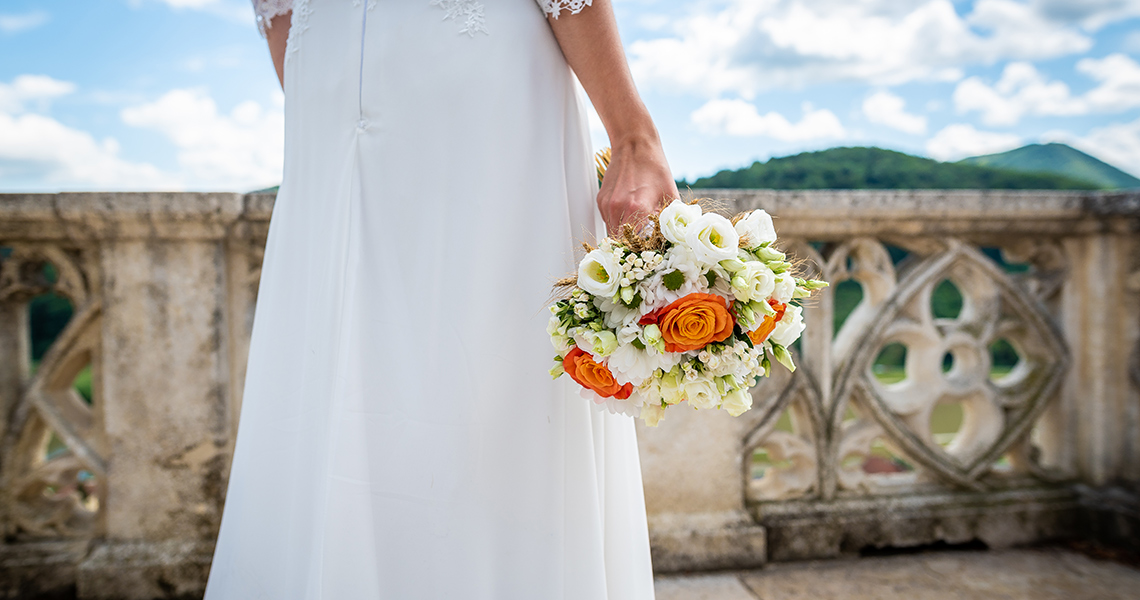 When you decide to tie the knot, let it be like in a fairytale. Sevnica Castle is a location that will leave you and your wedding guests speechless on your big day, especially if you decide to have your wedding in the idyllic castle park.
Eva is at your disposal for more information at eva.urh@kstm.si ali +386 51 680 289.

In Sevnica Castle there is also a sales exhibition gallery of works by artists who have had them exhibited in the castle galleries in recent years, summer evenings are enriched by the program of the Sevnica Castle Summer events, the conference rooms are audio-visually equipped and suitable for conference tourism, there is a motorhome parking lot under the castle, and much more. Allow yourself to be seduced by the secrets of the castle in the way that is closest to you.

The caretaker of the castle is the Public Institute for Culture, Sports, Tourism, and Youth Activity Sevnica, which operates under Eva Urh, cultural consultant.

Each with its unique content and story, the castles form a tourist product of the Posavje Region, which impresses even the most demanding visitor. It’s high time you visited them too. 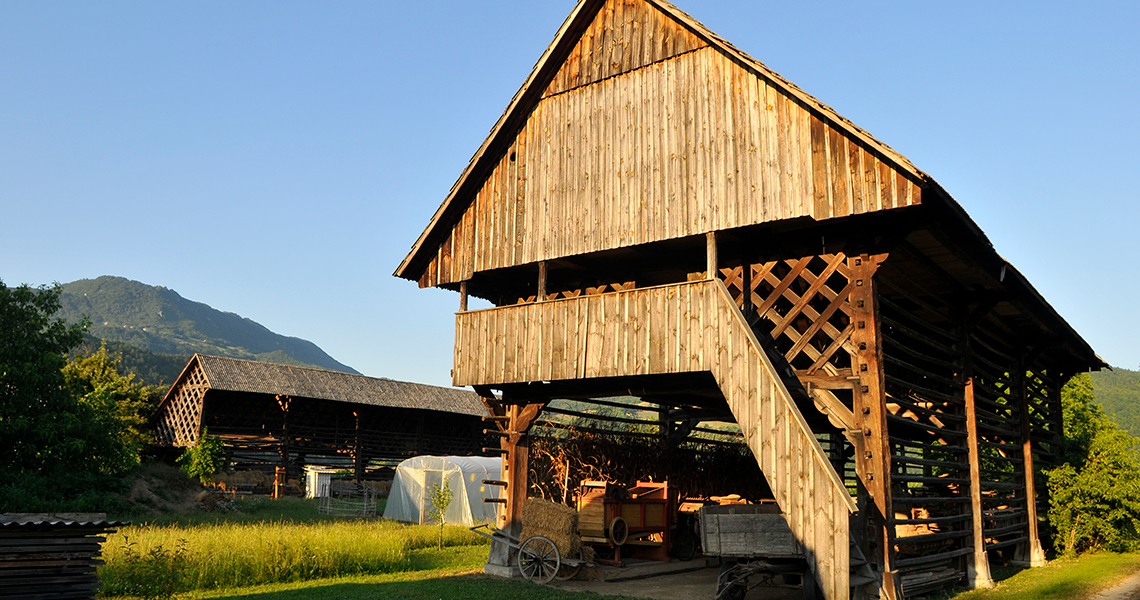 Are you looking for an authentic countryside adventure? Stop by Šmarčna, a village on the right bank of the Sava River. It was first mentioned in written sources during the time of the great Slovene Protestant Reformer Primož Trubar. Here, the Sava River makes the largest curve between its spring and its mouth. The people of Šmarčna are also known as “kavsarji”, because in the past they used special hooks to catch wood, which the rushing river brought with it after storms and downpours, and used it for firewood. The called this process “kavsati”. In addition to a rich collection of other objects related to the everyday life of the common people of these parts, you can see their tools in the Dolinšek Hayrack.Read more at www.dolinskov-kozolec.si or contact our tourist information center.