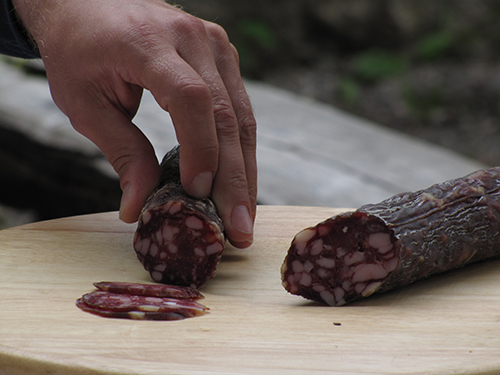 The Sevnica Salami is a traditional culinary product from our area. The traditionalism of the salami is confirmed by the Sevnica Salami Festival (“Sevniška salamijada”). The society of people who make salami has been organizing the festival since 1962. It is considered the oldest evaluation of home-made salami in our country (and probably in Europe, too). The event rightly bears the name “the mother of salami festivals” as they assess more salamis here than on any other festival. The traditional salami festival is carried out every year on March 10 (The day of the 40 martyrs). Another special feature of the festival is that only men are allowed to attend it.